Students can Download English Poem 8 The Quarrel Questions and Answers, Summary, Notes Pdf, Activity, KSEEB Solutions for Class 7 English helps you to revise the complete Karnataka State Board Syllabus and to clear all their doubts, score well in final exams.

C1. Answer the following questions in a word or sentence:

Question 3.
How did the fight end ?
Answer:
In the end of the poem one realised he was wrong and other one was right.

Question 4.
Mention who accepted the mistake in the fight.
Answer:
The brother of the speaker.

Question 5.
Name the poet who wrote the poem “The quarrel”.
Answer:
Eleanor Farjeon 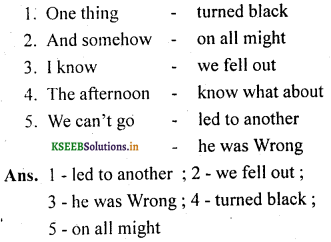 C3. Discuss the following with your partner and answer:

Question 1.
How do you understand the lines seven and eight?
Answer:
In these two enemies the speaker brother said he was right. But the speaker know his brother was wrong.

Question 2.
“We hated one another ” says one of the brothers. Is it true? Why do you think so?
Answer:
She hated they had was only for awhile. But the speakers, brother tapped him on this back and said they cannot continue like fighting.

Question 3.
What message does the poem give?
Answer:
We are have opinions and when we meet someone or live with a sibling or parent, who has different means to our own. The brother in this poem realises that his sister is move important to him than anything else, even samething that he truly believes in so the brother is right in saying he is wrong, would not it be nice if there are more people in the world like him?

The Quarrel Summary in English

This poem is about the quarrel between a sister and a brother. The poetess she quarreled with her brother for no reason. As the quarrel progressed it became a strong fight and they stopped talking to each other.

The message is the poem gives us is relationship is more important than everything else whether same is really wrong or right.

The Quarrel Summary in Kannada 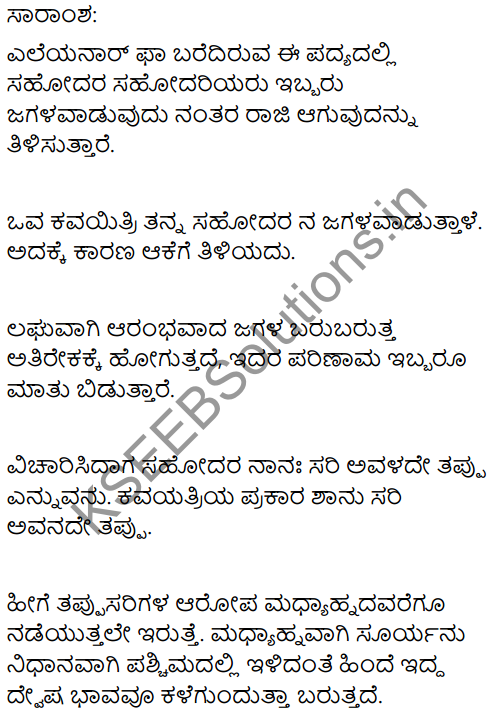 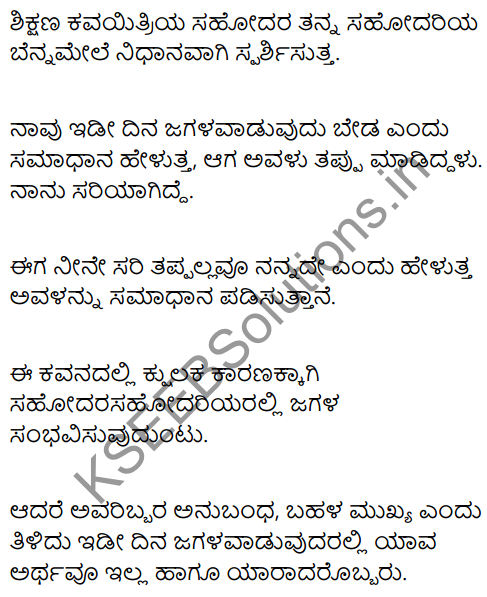 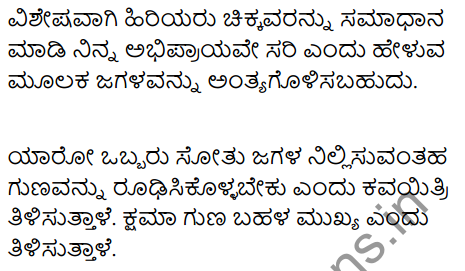