Students can Download English Lesson 1 The Never Ending Story Questions and Answers, Summary, Notes Pdf, Activity, KSEEB Solutions for Class 7 English helps you to revise the complete Karnataka State Board Syllabus and to clear all their doubts, score well in final exams.

Question 1.
What did the Hakim suggest to the Emperor?
Answer:
Hakim suggested the emperor ‘You have in your durbar a number of courtiers. Huzoor, you could certainly ask each one of them to tell you a story each night.

Question 2.
Why did the durbaris go to Birbal?
Answer:
Durbaris went to Birbal because even after their telling him stories every night, the king would never fall asleep. They have to tell him a story till they fall sleep. They all wanted to get out of that situation so they went to Birbal.

Question 3.
What was Bhil’s problem?
Answer:
Bhil’s great problem was the birds who went into his hut, came out carrying grains of com in their beaks.

Question 4.
How did Bhil try to solve the problem?
Answer:
He tried to solve his problem by buying a big basket from the market. Then he kept all the grains of corn in the basket and closed its lid tightly.

Question 5.
What did the little sparrow do?
Answer:
The little sparrow made friends with a small mouse in the hut and asked him to help her. He nibbled at the basket and whe would get grain to fill her stomach.

Question 6.
Why was the Emperor disgusted?
Answer:
Hearing the dull story of the birds going into the hut one by one and coming out, the Emperor got disgusted.

Once Emperor Akbar fell ill and he stopped sleeping till the early hours of the day. The Royal physician tried with various medicines. At last a hakim was called. He suggested that their were many courtiers in the durbar and each one should tell a story to Akbar till he fell asleep. Each day a courier went but they fell asleep and not Akbar.

They all came to Birbal for a way.out from this problem. Birbal started telling story after story. But Akbar did not sleep. At last he told a story about Bhil and his problem with birds. He started telling stry but each time the emperor would ask “What next’.

He started telling a boring story of five hundred birds and each time a single bird would and take a gram. He told about 1st, 2nd, 3rd, 4th, 5th bird coming and taking grain, an When he was telling this story the Emperor asked how many birds were left. After that Birbal told still 495 birds were left .

To this Akbar asked when would the birds finish their task of carrying the grain out. For this Birbal replied when you stop saying ‘What next’. Now the emperor realised his foolishness and the hearing of story everynight was stopped. 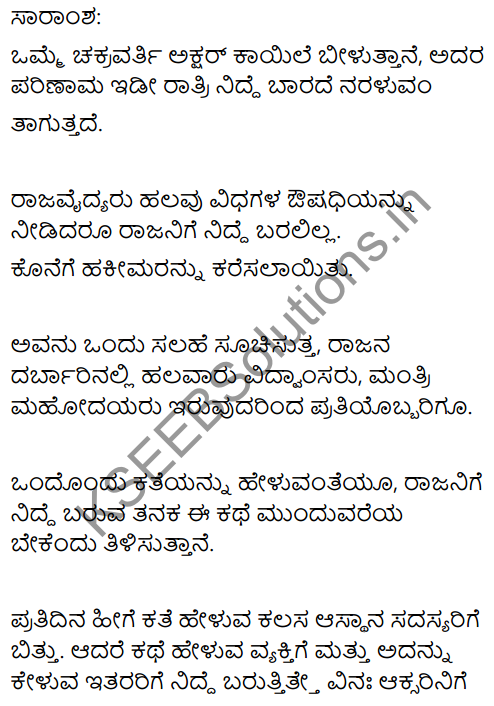 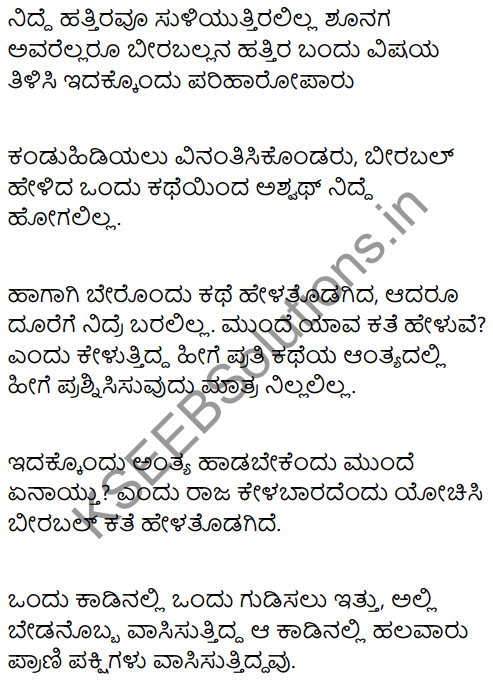 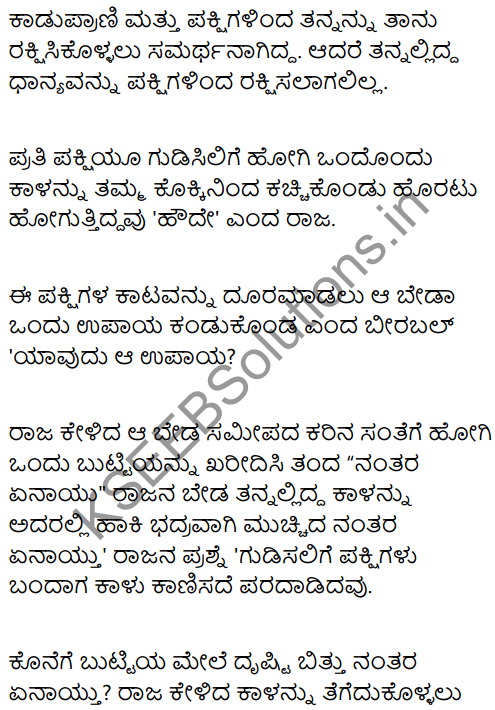 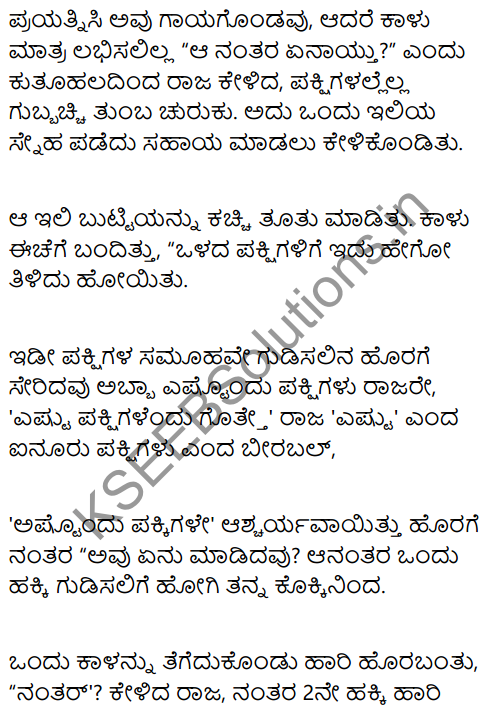 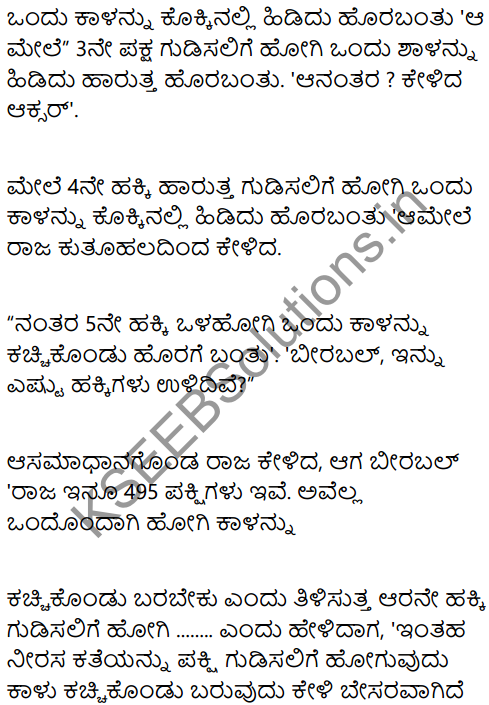